I have a system consisting of 4 magnets rotating at speeds between 200 and 6,000rpm, which are facing 4 other magnets with a 0.5mm gap between the two sets. The set-up looks like this: 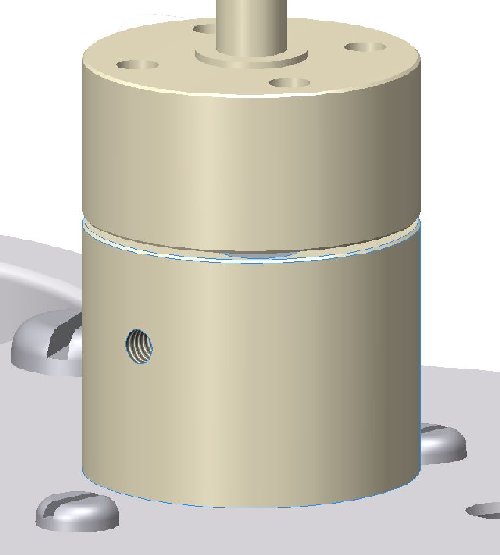 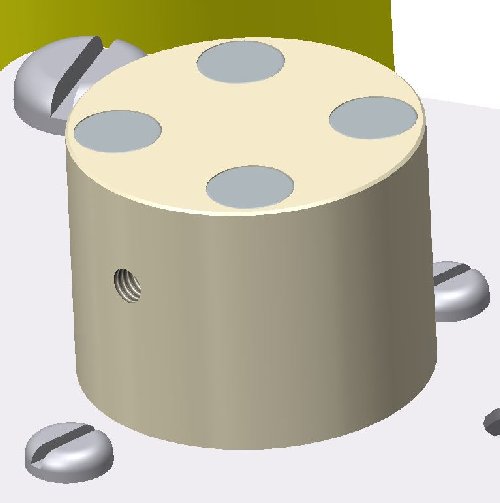 Both sets of magnets have their noth pole facing out so that they repel each other (the 0.5mm gap is maintained by other means). The resulting effect is that when the bottom set starts spinning, the top set follows because the top magnets naturally fall (radially) between the gaps of the bottom ones.

What I'm trying to do is work out what the decoupling torque provided by this set up is. In other words, if the bottom part is spinning, how much torque do I need to provide to stop the top part from rotating?

The diameter between the centres of the magnets is 17mm, they are 90 degrees apart, and I have the following (very basic) information on the magnets themselves:

Can anybody point me in the right direction? I have made the following attempt, but I don't think that's right:

I think you are facing 2 different modes, depending on the difference of speed between both magnets. When both magnet are are at the same speed, the magnetic torque from one of the other is null.

Let's think on it first as a static problem, and suppose that your body1 is immobile, without any torque, the body2 make an angle of 45°. Let's rotate magnet2 from 45° to 0°. An opposite magnetic torque is created (in order to go back to the stqble position). Maximum torque would be reach at 0°. Continue to rotate, directly after position 0°, the repeal force of the magnet apply in the opposite direction (so do the torque). The magnets are pushing your system to the next stable position at -45°.

Under this maximum torque, both bodies are lightly coupled, an rotate at almost the same speed. The torque can be calculated from the repealling force between the magnets. You should calculate for one magnet the repealling effect to a second magnet depending to the distance between both magnets. Then express the force of 4 magnets from 1 body on one magnet of the second body (then multiply per 4), and deduce the torque.

Beyong this torque, both bodies are decoupled, and the magnetic torque is alternatively positive and negative. As a result, speed of both bodies are not not significantly impacted.

If you want to stop one spinning body thanks to the second, I would say, you first have to couple both (same rotating speed), then apply a torque. This torque must be under the maximum one, otherwise you decouple the bodies anew.

Not the answer you're looking for? Browse other questions tagged magnets electromagnetism or ask your own question.

1
why is the outside of an electromagnet not magnetic?
3
How to split mercury with a magnetic force?
9
Moving carbon nanotube in a magnetic field
0
Magnetic Entrapped Storage at 0 gravity
2
Is martensitic steel 455 magnetic?
1
Can magnetic stripes be read wirelessly with lasers or other technologies?
1
What Goes Into Making a Variable Field Magnetic Motor?