We changed our privacy policy. Read more.
This site is currently in read-only mode; we'll return with full functionality soon. Follow @StackStatus or visit our status blog for more info.

In this notes , i dont understand how the Q=(Ay) of the is considered ...

I think the both Q at part C and part B should be = (60)(15)(mm^2) ... i have redrawn the structure , i am not sure whether it is correct or not... From the definition of shear flow , A is the cross section area of segment that is connected to the beam at juncture where the shear flow is calculated . 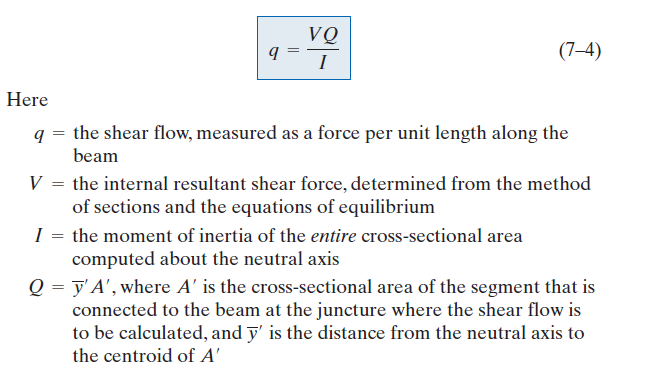 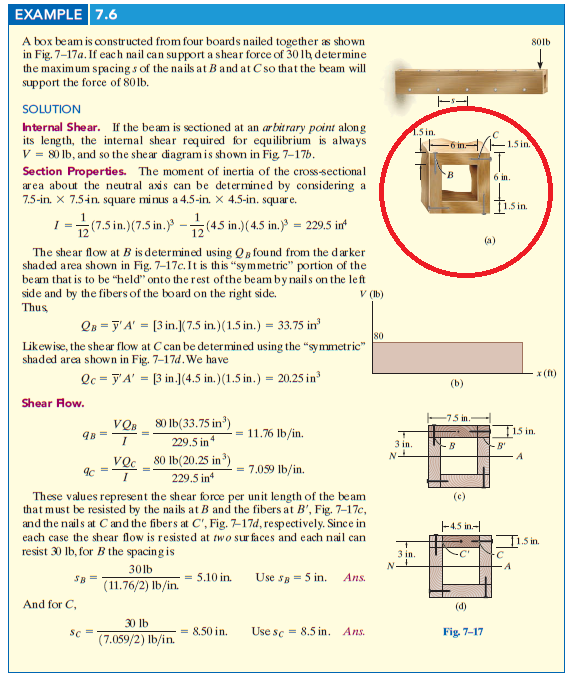 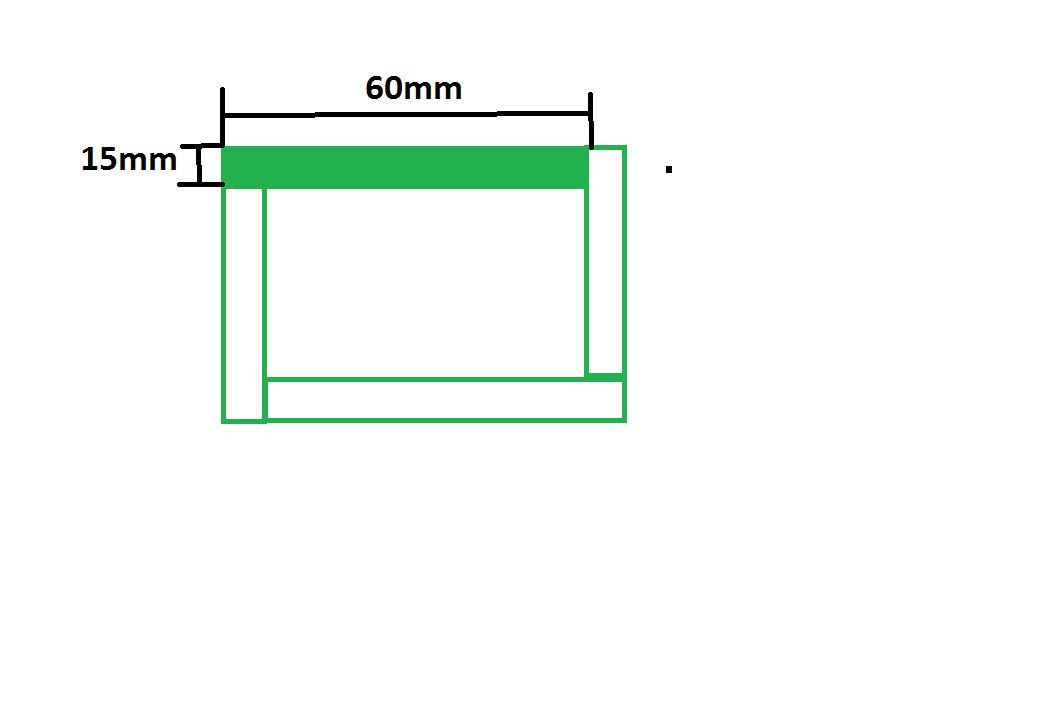 For starters, I'm a little confused by your units; so I'll explain my assumptions.

The dimensions you give are completely different from the dimensions in the picture. It looks like you're taking inches and multiplying by 10 to get mm (e.g. your "60 mm x 15 mm" is 6" and 1.5" in the drawing; these units are not equivalent). Maybe you just prefer metric and don't really care about the units or the answer; but still. In North America it's good practice to be able to work in metric or imperial units. Regardless; for your reference and future information 1" is 25.4 mm; and other conversion factors are usually found in the front or back of your textbook (or online).

Anyways, that's not really relevant to your question, I just wanted to make sure you aren't making that mistake when it matters.

The two cross sectional areas they have make sense. Both the nails are supporting different loadings. In the area you propose to use, you would be trying to account for both of the different loadings on the nails at the same time. In their case, they split the problem into the cases where each nail is expected to experience the shear force.

Taking B for example; the nail is in one side; but nail C isn't doing the same thing as nail B. Instead, the shear is being resisted by the wood at B', so they take the area of 7.5"x1.5" knowing that the wood should be able to resist the shear as well. The same idea is used for C and C'.

If they used your section, both Qb and Qc would be the same. Just looking at the structure of the wooden box, that doesn't seem reasonable since the two nails are acting 90 degrees from each other while the applied loading is only in one direction.

If this isn't clear let me know where it gets confusing.

This site is temporarily in read only mode and not accepting new answers.

Not the answer you're looking for? Browse other questions tagged structural-engineering .

3
Is the Qmax of an T-Beam equal if calculated both above and below the neutral plane?
5
Logic behind location of shear centre
3
What does "beam end release" actually mean, and how it is modeled in mathematical terms?
3
Reinforced concrete design: will there be extra nominal moment on column in a frame structure?
0
twisting at shear center / centroid
2
What is the difference between plastic and compact cross sections?
2
Is the calculated shear strain in a beam, engineering strain or tensorial strain?