2 motors on same shaft but 1 is off. How does that work?

I've been thinking about hybrid drivetrains. One thing that is bugging me is operation when one motor is off while the other is on. In a scenario in which the motors are connected with all the rotors on the same axis, I can easily see how the velocities would add up. But if one motor was turned off, wouldn't the motor just cause the other one to spin in reverse and not put out much power to the shaft (assuming there is a large load on the shaft)? The whole equal and opposite thing. If the load is much bigger than the drag of the motor running now backward, then all your effort would be going into spinning the off motor backward.

If the motors were hooked up in parallel through some gear and one was turned off, I can see how the power output would be decreased by at least half. The single motor that is on is losing power because of back EMF from the off motor.

Is the only way to overcome this is through some sort of clutch? Thanks! 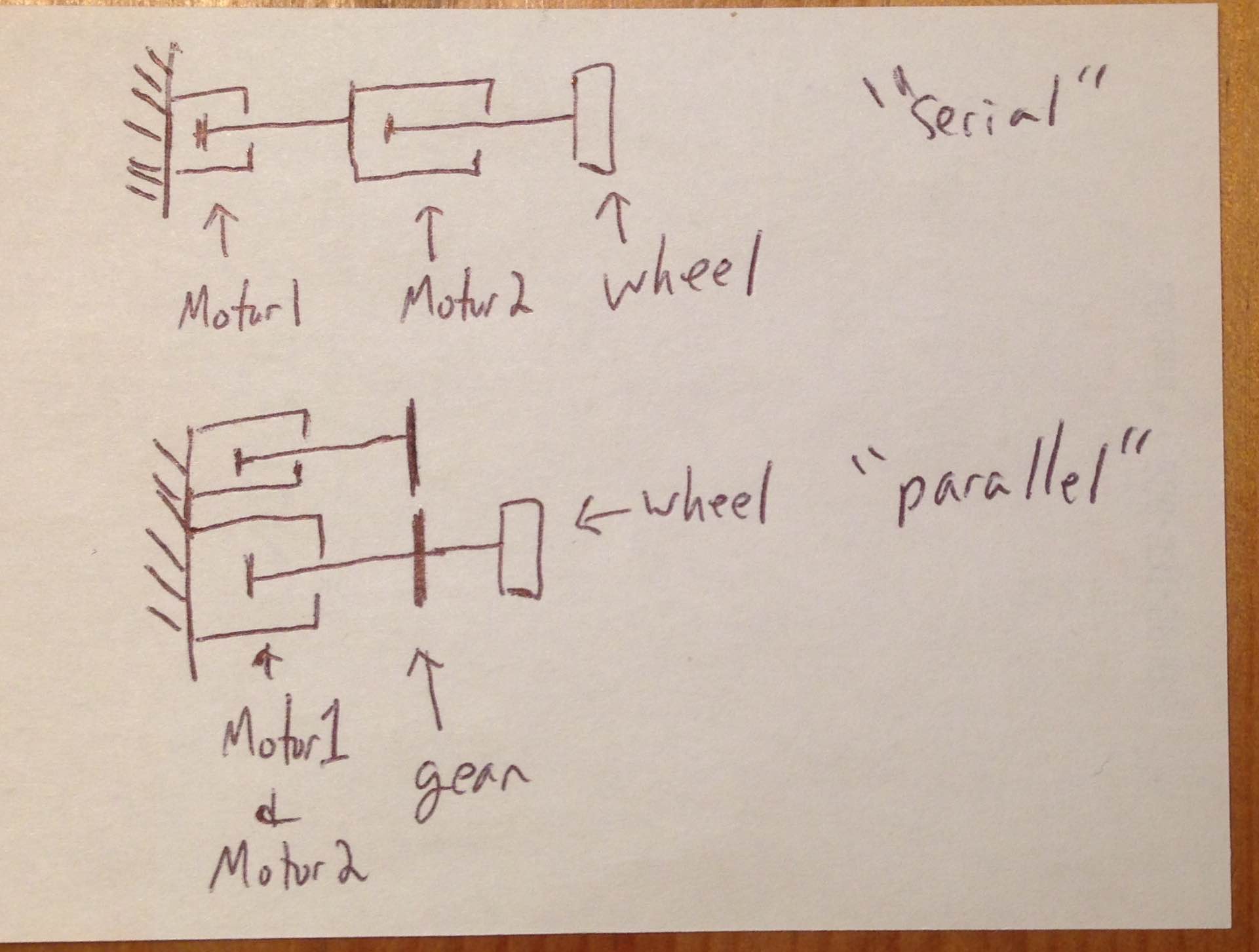 It depends on the type of motor and how they are wired but as a first approximation a motor that's not being driven electrically will act like a generator.

If there is no electrical connection to that motor then it can spin relativity freely and won't put much additional load onto the system. If however there is a heavy electrical load attached to the motor (e.g. a short circuit) then the motor will become hard to turn. By varying how much power you try to pull from the motor you can effect how well the motor acts as a brake. By changing the connections to the motors the car can vary to behavior of each motor as needed for the current conditions.

That said I would expect a car to include a clutch system to disengage any motor that isn't currently needed. Spinning a disconnected motor may not take much power but it will take some and there is no point in throwing away battery range for no reason.

Not the answer you're looking for? Browse other questions tagged mechanical-engineering design motors or ask your own question.

7
How to mount a load-bearing gear shaft through a wooden plate
5
Coupling in a twin engine, tandem rotor power train
4
Selectively rotating (engaging/disengaging) one of 80 couplings on a small shaft?
0
Does a one way clutch for motorized cable reel exist?
1
Stepper on high-RPM shaft
2
Find clutch for parallel hybrid sailboat
0
Multiple Electric Motors on single shaft to improve efficiency
0
Cheap electrical motor that can spin freely in both directions when unpowered
1
With ebikes, is there friction from the motor when riding with the electronics turned off?