Is a force to the right positive?

I am trying to do this question and I have everything but one. 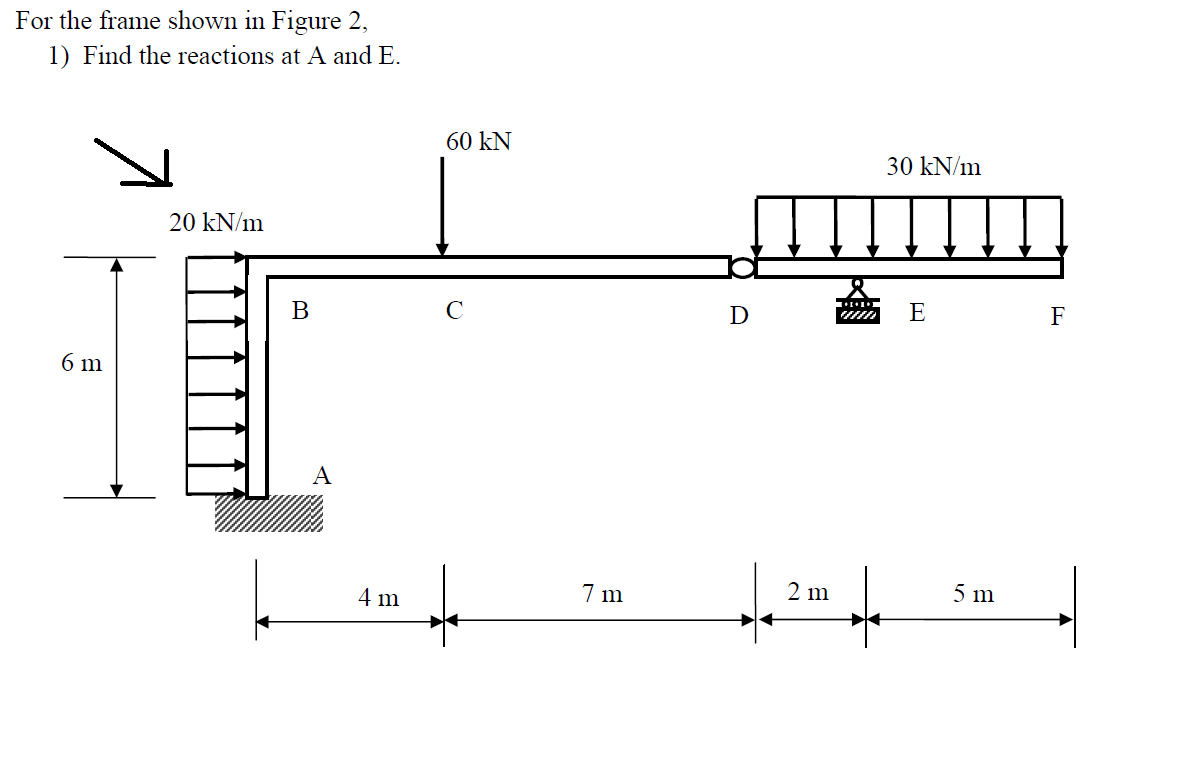 Sign normally doesn't matter, if you're consistent, but it's causing an error in my working out the moment.

A moment is defined as the cross-product of distance and force vectors:

A simple way of thinking about it is that force components are positive to the right or upwards and distances are positive if a positive force would generate a positive (counter-clockwise) rotation.

In your last equation, you made the moment due to the distributed load along $\overline{AB}$ positive, when it should be negative. After all, a positive horizontal force at a positive vertical distance (above $A$) results in a negative moment.

It should, however, be:

I personally hate writing equations like this, with signs in the middle of the multiplications, but it makes all the variables explicit. So, in this calculation:

You are correct that sign doesn't matter as long as you are consistent.
In that final stage you are calculating the torque about point A, you need to be consistent as to the direction of that torque, is it clockwise or counterclockwise?

When looking at point A if you use positive for horizontal forces to the right then you need to use positive for vertical forces that are down. Mixing it and using positive for left and down or for right and up will give the wrong answer because you're being inconsistent as to the direction of the torque.

This does mean that for torque calculations you may have to change the sign for a given force depending upon it's position relative to the point you are analyzing.

10
How to deal with a point force acting right on the hinge of a beam?
3
Design a beam that is straightened with force on one end
4
Deriving the deflection force equation for a beam that is fixed on both ends
2
Problems with shear force diagram in beam model
3
Why does concentrated shear force on a beam influence the whole beam?
1
Reaction Forces on a Beam
0
How to calculate the force of a cantilever beam at a given point of deflection?
2
Is an axial force applied at the centre of a beam considered a compressive force, tensile force, or both?
0
Slope of the Bending moment diagram where a point force acts
0
Confusion about sign of beam's moment force