How do you calculate the required power of a disk turbine (Rushton turbine) to rotate a fluid at a given speed?

I am designing a potato peeler which is practically a bucket that has a rotating disk (figure below) at the bottom driven by a motor. Water and potatoes are put inside the bucket and the disk rotates creating a swirling motion and peeling the potatoes by rubbing them against an abrasive surface. How do I calculate the power required by the disk to rotate a given weight of water plus potatoes (in kgs) at a given rotational speed (in rpm)? 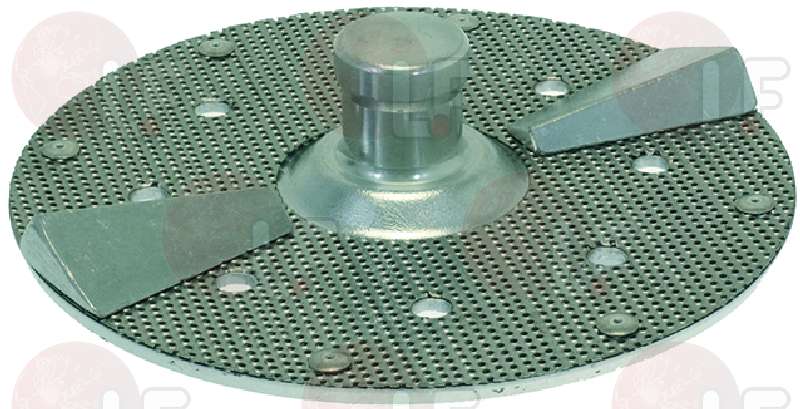 We have a fair share of questions about how to calculate maximum speed, but the fact remains that this is extremely hard calculation to make. See a mass will continue to accelerate until the losses are equal to the gains.

Estimating the losses is hard, if not impossible in practice. That is because friction of your system is extremely hard to predict. Friction depends on nearly everything, from tolerances to how the actual micro surface geometry, chemical reactions at the surfaces and total energy in system etc.. So the easiest answer is build and see. Bear in mind that you have to win at least known forces by some margin.

You can however make a simplified model and estimate each interface by finding a somewhat corresponding case for each thing. Its still just a guess though. Without the resources of a big engineering company its most likely easier to exaggerate engine size then build and see. But do measure the frictions and estimate them this will come handy next time you do something similar.

Not the answer you're looking for? Browse other questions tagged mechanical-engineering fluid-mechanics process-engineering product-engineering or ask your own question.

3
What is the power and max flow rate required to rotate a 300 W wind turbine?
5
How to transfer rotational energy into lateral energy only when rotating one way?
2
Does the turbine outlet affect the power generated by the turbine ?
0
Can we rotate the given white wheel?
0
How to calculate traction force w.r.t. rotational speed of a shaft mounted at a certain angle on a surface?
1
How to calculate the viscous damping coefficient given drag force
-1
Looking for specific bearing