How to optimise feed-forward control of a process based on a prediction using the prediction confidence?

I'm looking for a control method for a production process with the following characteristics:

With constant process/input parameters, the distribution of the resulting variable is normal. 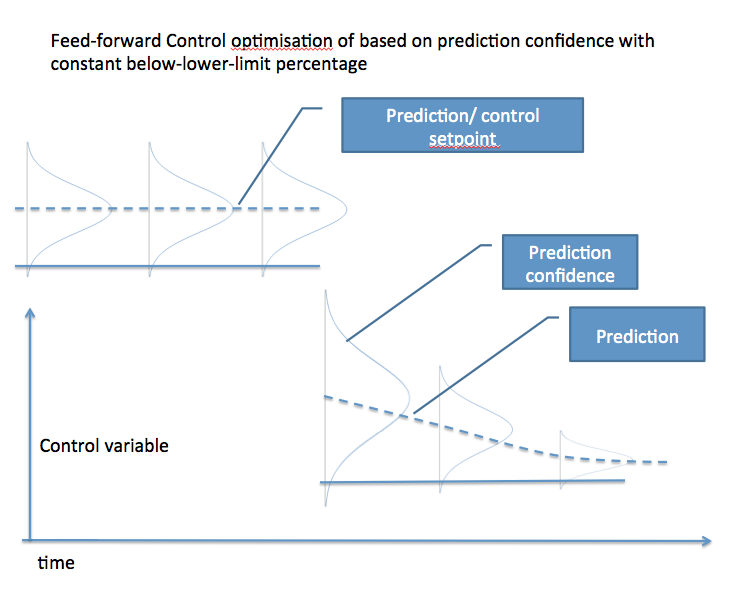 Do you think this setup makes any sense? Am I missing any obvious alternative solution that is much simpler? Is this a known approach?

This is more a comment than an answer but I don't have enough reputation to comment yet:

In a totally different field, I've approached this by building a model that predicts a distribution rather than a single value. Some examples I've used:

Not the answer you're looking for? Browse other questions tagged control-engineering steel process-engineering optimal-control or ask your own question.

9
What is the difference between direct and indirect learning control?
5
A stable transfer function which diverges?
4
Can I control latent/sensible heat changes in a counter-flow, induced draft cooling tower using climate?
1
Layout of a controller for controlling a water pump
0
How to choose reference signal in a state space model?
0
Rule of thumb for choosing a best sampling rate
0
Limitations on the control effort
3
Does this PID-like algorithm make any sense for a solar inverter?
0
How does feedback implementation look like in a real word closed- loop process?