How to deal with thermal expansion in a city wide heating system?

How to deal with thermal expansion in a city wide heating system? 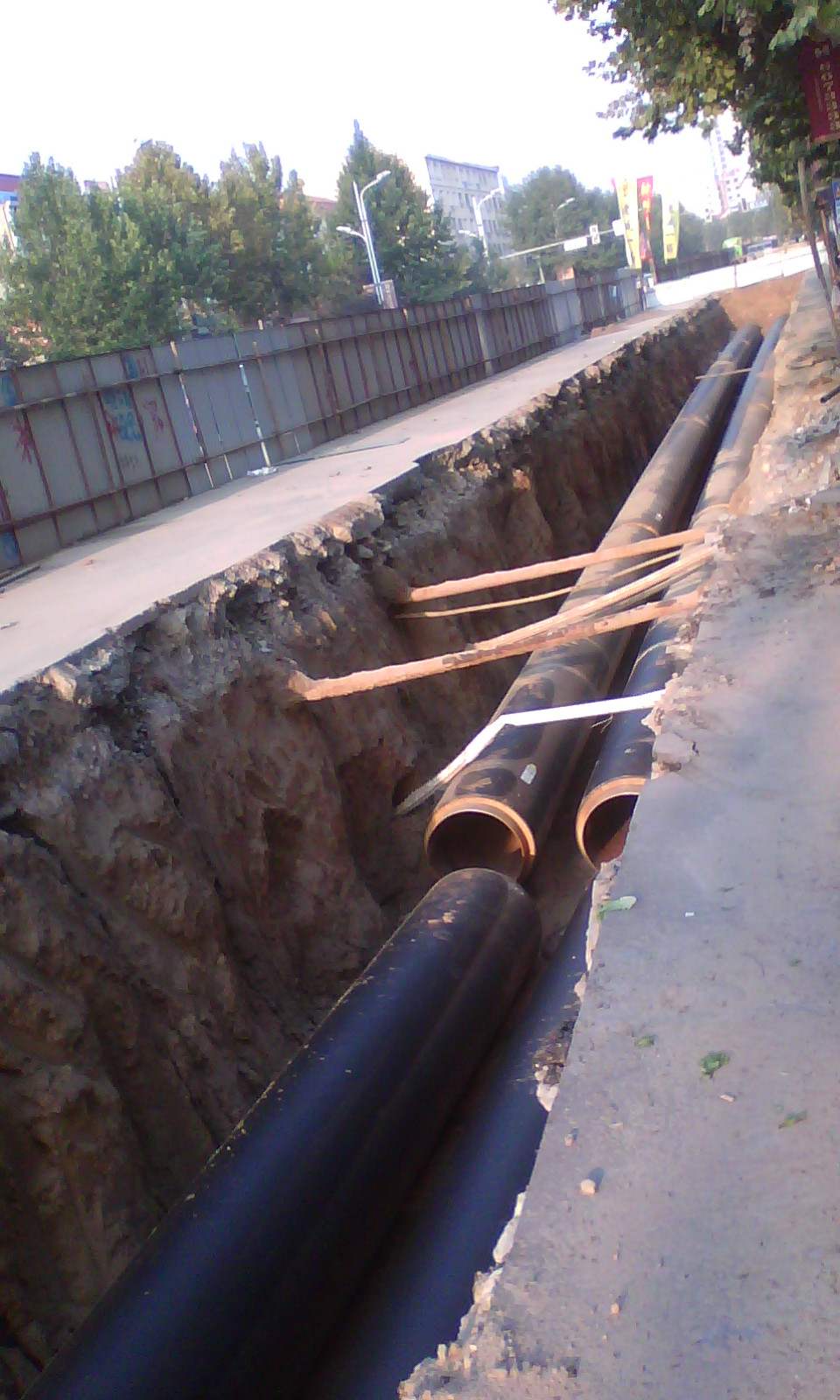 As part of the program to combat pollution in and around Beijing, my adopted city of Zhuozhou (population, over half million, about 90 minutes Southwest of central Beijing, inhabited for at least 5,000 years) is installing a hot water heating system. In the last 3 weeks, they have torn up every major street in town, and they are in the process of installing pipes.

There are two pipes because the water will be conserved; according to my father in law, the hot water will flow through one pipe, they enter nearby buildings, flow through the radiators in the building, then return back to the central heating facility.

Of course, everyone is happy as this will stop a lot of coal burning, and vastly improve the air quality. Nobody seems too bothered that every street in town has been dug up at once. While traffic is horrendous, it seems like they want centralized heat.

What I have seen thus far is that they put the pipes close to each other, then weld them together.

I think when the heat is running, the length and size of these pipes will change drastically. How do you make sure the street above the pipes won't buckle? When the pipes get longer, how to prevent them from leaking? Won't the welds break? Also, are they a special type of pipe?

Thermal expansion axially in pipes will be far less than you expect and the calculations for it demonstrate it. Steel is quite strong and elastic in both tensile and compressive states compared to concrete or stone.

In these pipes I shouldn't expect them to expand much beyond 1mm in every 200m and steel can take enormous compressive stress loads and generally its capacity is described by Young's modulus as $210kN/mm^2$.

It is only above 800°C that steel becomes more ductile and faces structural creep issues of any concern.

Buried S bend joints can absorb expansion stresses every 500m and remain within the elastic range of the material so, no need to worry much beyond the completion date of the project and traffic woes.

What is far more interesting to me is the design lifespan of the project as there is less than 50 years of oil left and systems like this will become white elephants of a bygone energy age.

Not the answer you're looking for? Browse other questions tagged civil-engineering temperature piping heating-systems or ask your own question.

1
thermal resistance and thermal time constant with ambient temperature
1
How to calculate thermal load?
1
Why is gas pressure specified instead of mass flow?
2
Why not drive an air source heat pump domestic heating system with an auto engine?
1
Does a house heating system affect perceived and true indoor air humidity?
2
How to periodically shut down a recirculating hot water solar thermal system