Design a worm gear that works with a straight wheel

Usually, worm gears drive helical wheels. For my application (hand-driven orrery), I am studying a more cost effective approach: using a straight wheel. It is technically possible as you can see with this LEGO model (source): 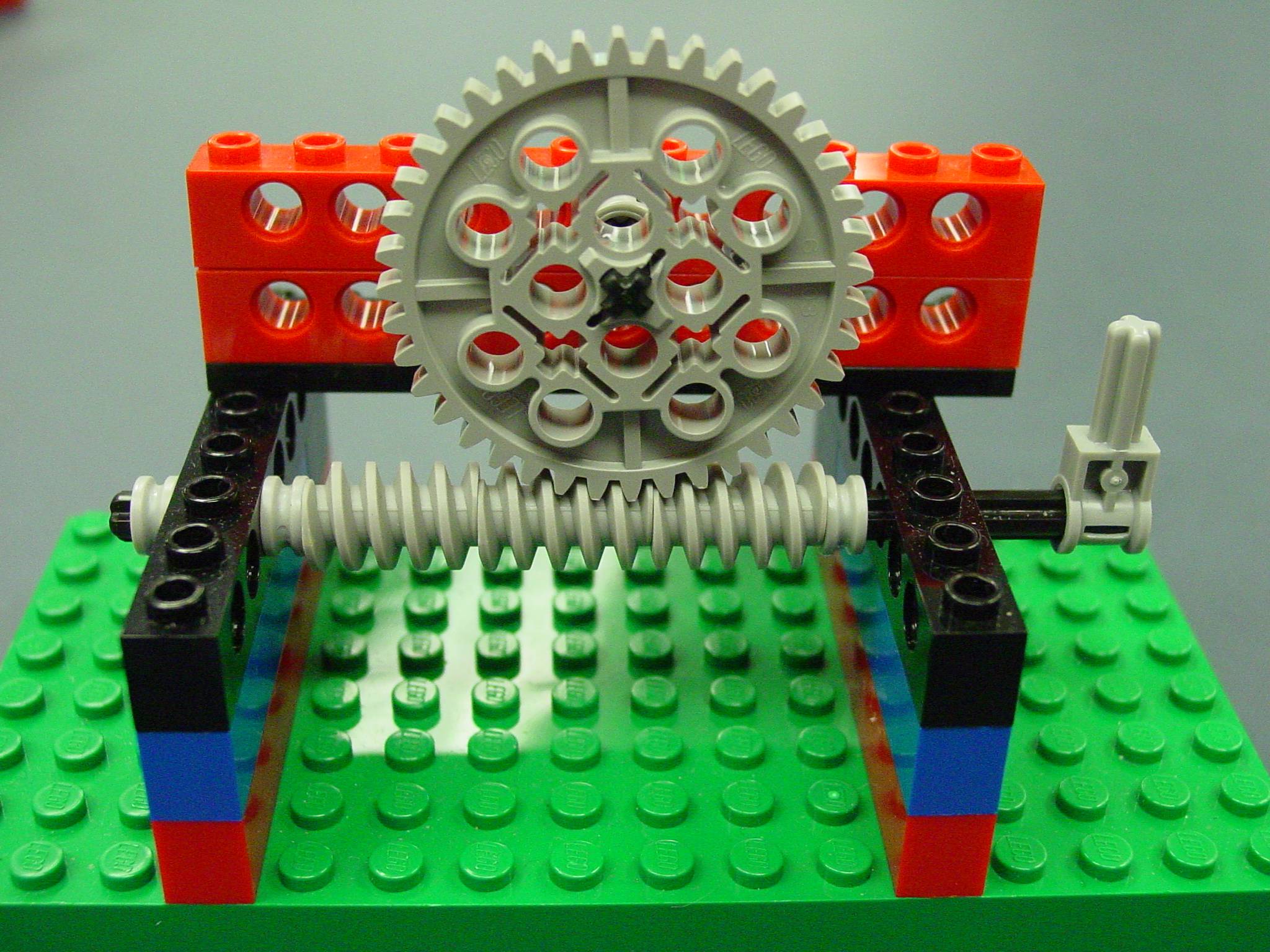 Consider that the tooth profile as involute and a pressure angle ($\alpha$) of 20°.

The reason why it works with the LEGO is because the clearances (i.e. the gaps between the worm and the spur gear) are sufficiently large so that the lead angle of the worm is not significant in preventing the two from meshing. In low load capacity where smooth power transmission is not required, this is okay. However, it is worth noting this is a sort of "illegal" mesh, illegal in the sense that spur gears are not designed to be used with cylindrical worms, except if the worm is oriented at an angle to the spur gear equal to the lead angle. Instead helical gears (at the least, for simple cylindrical worm drives*) are to be used. The region of contact will be considerably smaller for the "illegal" mesh compared to normal worm drives, so the contact stresses will be much higher, and so this illegal mesh is very unsuitable for high load capacity scenarios.

Due to the unsuitability of spur gears with worm drives with orthogonal shafts, you will be hard pressed to find any design equations; it just isn't a suitable configuration to design with. However, one natural consequence that still arises, despite the illegal mesh, is that the transmission ratio (ratio of turns of the worm to turns of the spur gear) is given by the number of teeth on the spur gear divided by the number of starts (i.e. number of unique threads) of the worm. This is quite an intuitive result to come across.

In my opinion, if you are just using the worm drive for kinematic purposes (e.g. precision alignment), under light loads, and you want to keep things cheap, then this soft of illegal mesh is reasonable; just don't expect the working life of the drive to be very high. It will be a matter of trial and error to design an operating drive. If, however, the machine is subject to high loads or requires smooth power transmission, I would highly suggest sticking to conventional worm gearing with existing design standards.

When designing a gear or gear system, there are two important angles to consider: The pressure angle and the helix angle (in worms also called the lead angle).

The pressure angle determines the shape of the tooth and must be the same for two gears to mesh.

The helix angle determines the angle of the tooth on a gear. Spur gears have this angle set to 0 (and then the tooth becomes straight).

In a worm drive system the helix or lead angle cannot be 0. If you do that there would be no worm: You would end up with just a single (in case of a 1-start worm) concentric tooth around a hub. However, you can give it a very low helix angle (<6). In that case, the helix angle of the straight spur gear and the low lead angle worm would be close enough, so that, with a little extra clearance, it would work.

Toy worm drives use this all the time, as demonstrated beautifully in your LEGO example. Just don't use it in a mission critical production environment.

Just buy a proper worm gear (Don't ask me where, here in Germany I'd try Aliexpress). Should only be the equivalent of a few €, wherever you are.

You want a cost effective solution but consider the time you spend on your approach.

There's also a solid technical reason for a proper worm gear: This is for a hand driven orrery. On a worm gear with a straight wheel, the load on the wheel will be asymetric (consider the gaps visible in the lego setup). This can easily lead to jamming of the apparatus, moreso when the machining is less then perfect. You want to operate your orrery by hand, it should feel pleasant to do so.

1
Finding the diameter of a Triple Thread Worm Gear
4
Preload a worm gear?
0
Can the pitch circle of a gear be farther out than the intersection point of the involutes on opposite sides of a tooth?
2
Trouble with Base circle and meshing with spur gears
2
Functionally Matching Gears (teeth count) in Planetary Gearbox
2
Reduction System for Gate-opener motor
1
Calculating and Designing a Ring Gear for LEGO