I'm trying to power and agitator (alternating circularly back and fourth) with a crank. I've seen a bunch of complicated mechanisms that do this, but I'm looking for the mechanically simplest method.

What about a crank-rocker mechanism?

When I am looking for inspiration for mechanisms, I have a look in the book Mechanisms and mechanical devices, by Neil Sclater.

One solution is to use a system with a ring gear that only has teeth on half of its inner circumference, like conceptually shown in the following image: 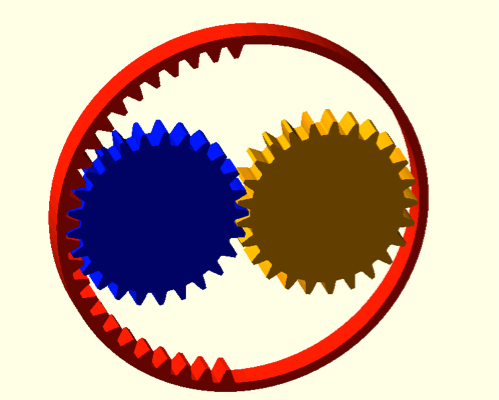 There are three gears:

The meshing of the ring gear switches between one inner gear to the other every half turn of the ring gear. It is worth noting that the output gear's speed does not change except when the meshing alternates, at which point the speed reverses.

One issue with this concept as-is is that one revolution of the ring gear brings about one full turn of the output gear one way, followed by one full turn the other way: this rotation may be too much for your agitation mechanism. To resolve this, a gear reduction stage should be added to reduce the output rotation: 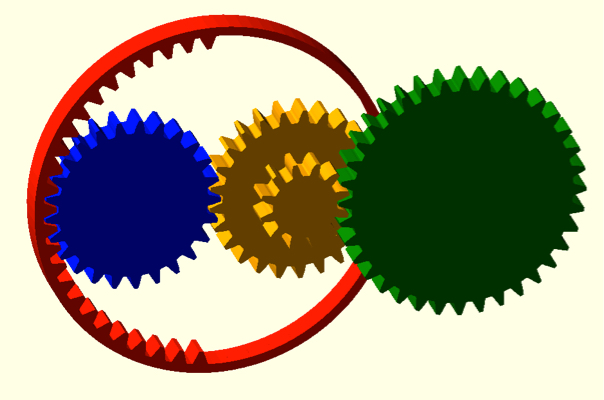 A gear has been fitted onto the side of the output gear (also orange to indicate its attachment), and this gear meshes with a larger gear (green). The green gear will turn slower and less far than the old orange output gear, and therefore the green gear becomes the new output. Therefore, the amount of rotation of the final output (green) that occurs before the direction alternates, in degrees, $\theta$, can be calculated using the following formula:

Finally, it should be said that it is possible that, as the meshing transitions from one inner gear to the other, there may be a point where both inner gears are in mesh with the ring gear, jamming the gearset and making mesh alternation impossible. To resolve this, finer gear teeth should be used, as well as removing/filing down one or two of the end teeth on the ring gear to eliminate this dual meshing region.

(@joojaa Please let me know if I've misinterpreted your comment)

An alternative configuration that does away with the ring gear would be like as shown: 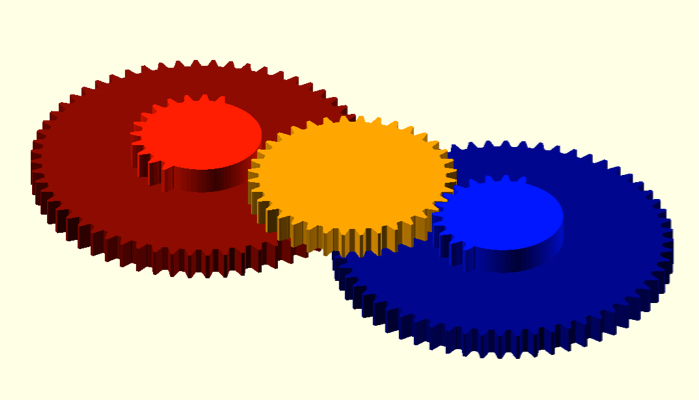 Note that the rotation of the output gear before alternation is given by:

Not the answer you're looking for? Browse other questions tagged gears pistons mechanisms or ask your own question.

1
4 bar mechanism simulator
0
What's the name for a kind of gear that slips tightly over the top of another gear and can drive the gear it's surrounding?
0
Why aren't modern pistons circular?
3
Mechanism to translate rotation into reciprocating horizontal movement
0
Steering with momentum
3
Controlling torque required to turn a shaft
1
Is there a formula that relates the two angles in a crank rocker?
1
Ideas for mechanism for quick reciprocating motion - a 'truly' mechanical switch
1
Is there a mechanism that allows this kind of piston/plunger movement?