Fragmentation of a curved cantilever beam under compression

Suppose we have a curved beam of a rectangular cross-section $A$, Young's modulus $E$, and a constant radius of curvature $R$. We now expose the beam to a vertical point load of magnitude $P$ at its free end: 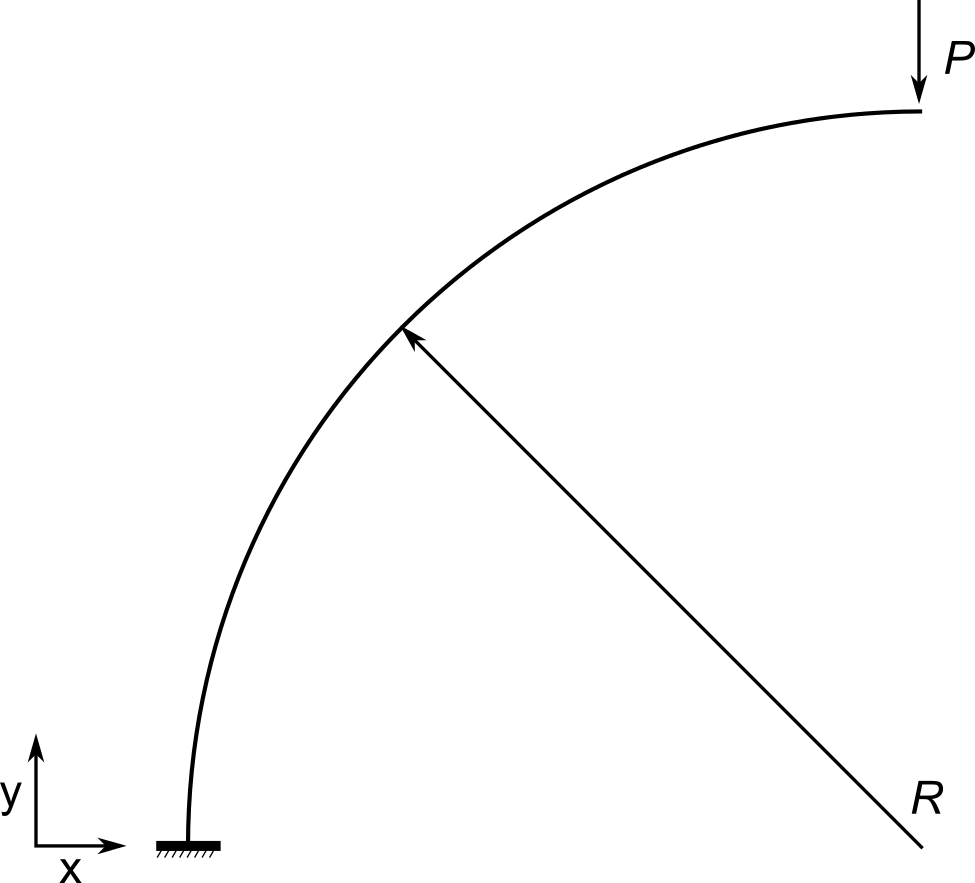 What I now want to know is where the beam will snap (I am assuming perfectly brittle material behaviour, and that the beam material is far stronger in compression than in tension). For this simple case, this is relatively straight forward (the beam will snap very close to the point of force application), but I want to know what happens when $P$ is shifted along the negative x-axis closer to the clamped end of the beam. For clarity: 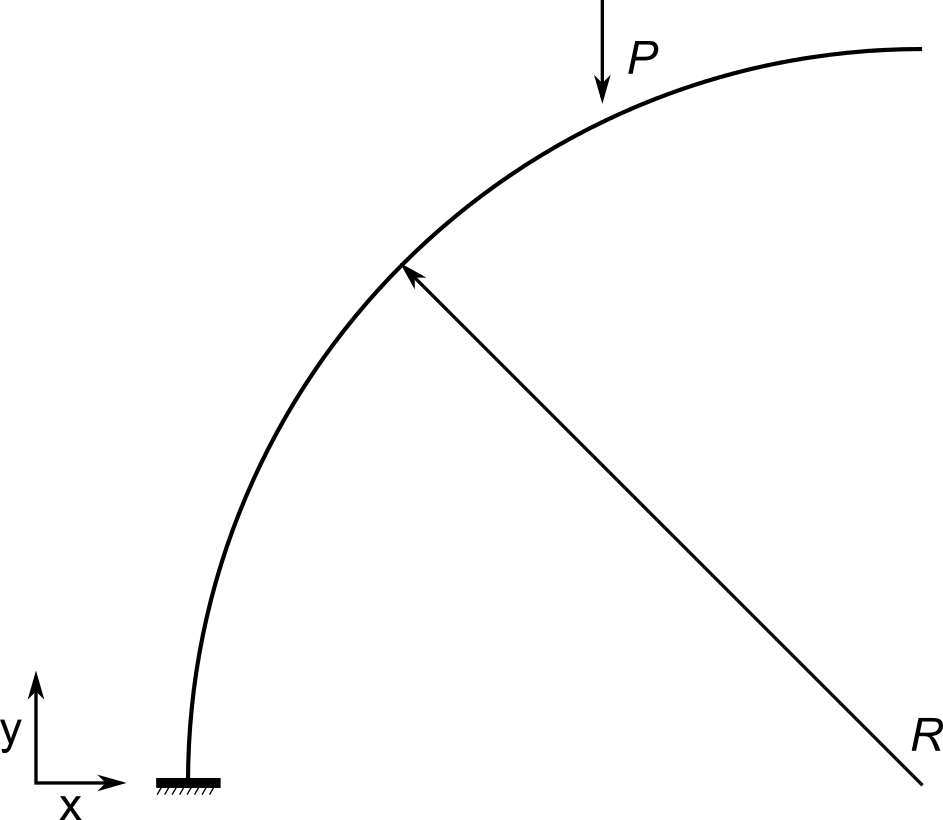 Intuitively, as $P$ is shifted along the x-axis, the dominant type of stress will shift from bending to compression; if $P$ is applied very close to the clamped point, it's essentially a buckling problem, while it's similar to the bending of a straight cantilever beam when $P$ is applied at the free end. Now what happens in between, and how does this transition take place?

My gut feeling is that as $P$ is shifted (for clarity, I don't mean to imply any dynamic loading here), the point at which the beam will snap will increasingly move away from the point of force application, so if we were to start loading the beam at its far end until it snaps, then move the point of force application to the new far end and so on, we would end with snapped fragments of the beam which increase in length. However, I have thus far failed to come up with a sensible model that would allow me to predict whether this is what is actually happening, and would be grateful for any hint.

Your assumptions are incorrect. The breaking point will almost always be at the fixed point.

Here are the internal forces in your structure with loading at two different positions: 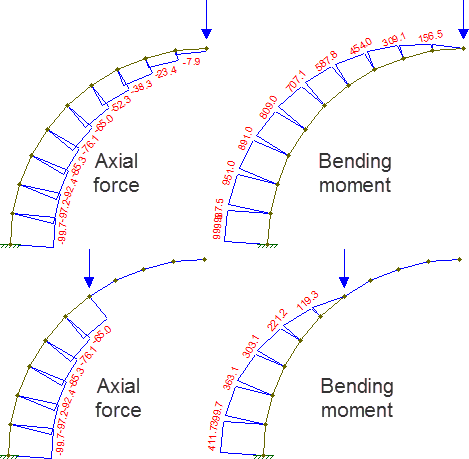 Therefore, the most critical point will be at the support, regardless of where the load is applied.

The only possible wrinkle is if you're dealing with reinforced concrete (RC) or some other material where the resistance to compression is far greater than to tension. An RC structure might actually fail at some other point, since the compression may (up to a point) actually help since it will reduce the tension suffered due to bending. Therefore, it's possible that the critical point in such a structure is somewhere with sufficient bending moment, and not enough compression to mitigate it.

3
Replacing a straight rigid link by a curved rigid link

0
Strain gauge placement to measure a twisting beam
2
Deflection of a cantilever beam composed of separate (not bonded) planks
3
Derivation of the stiffness of a uniformly loaded cantilever beam
2
What happens to the maximum force in bar under bending when its cross sectional area is decreased?
0
Beam with width tending to zero
0
How exactly the beam is twisting?
0
What's the best shape (solid of revolution) for a cantilever beam to carry a point load at the free end?
0
Bending of a cantilever beam